Transfers from Malaga airport to Granada

We are experts in transfers by taxi or private minibus to Granada, one of our most popular destinations. Your driver will meet you inside Malaga airport to take you to your hotel in Granada click here to start booking.

We have different models of 4 seater cars for your transfer to Granada from Malaga airport. You can opt for an economical choice with our standard vehicles; we offer higher quality transfers with our Executive vehicles or you can travel to Granada in a luxury high-end car.

Transfer by Minibus to Granada

For transfers of large groups of travellers to Granada we have three categories of vehicles: The first is the Minivan with capacity of up to 7 people, in addition to our two types of Minibuses, one for 12 passengers and another one for up to 19 people.

Getting to Granada from Malaga airport

Other transportation options to get there from the airport: 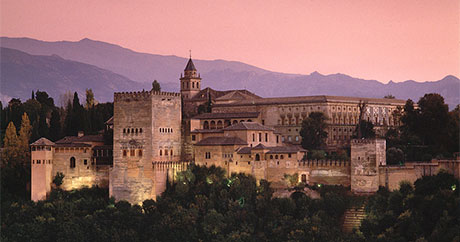 “Granada is one of the most famous and visited cities of Andalusia, not only for tourism, but because it is also a great meeting point for students from many countries in Europe through the Erasmus scholarship. Granada has a strong university character without forgetting on the other hand that we encounter a fabulous city with a long history and many places to visit.”

The main things to do and see in Granada 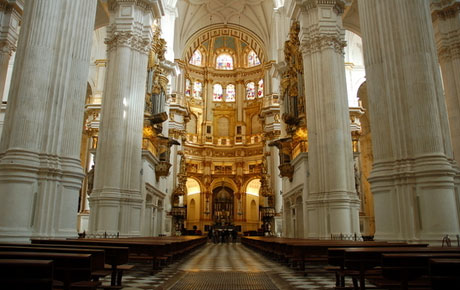 We begin with a complete visit to the jewel in the crown of Granada which is none other than the great Moorish construction of the Alhambra, recommending the tour of every corner, the gardens, courtyards and halls. Not far from the Alhambra you discover the Cathedral of Granada from the sixteenth century which is worth a visit for its impressive interior decoration.

Then might be a good time to rest and have lunch. You might want to try something new: instead of a normal lunch in a restaurant try different tapas (small appetizers) served with a beer or soft drink. 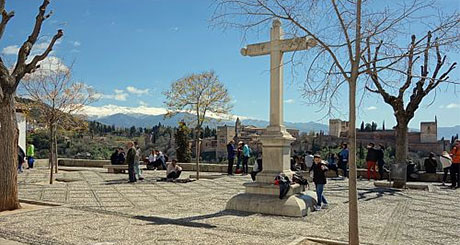 In the afternoon you might want to visit some of the most important museums in the city such as Federico Garcia Lorca Muesum, the Abbey Museum and the caves of Sacromonte, the Granada Archaeological Museum or the surprising Science Park. Finally it would be great to end the day watching a beautiful sunset at the viewpoint of San Nicolas from where you can see the Alhambra and part of the city.

Granada is also very popular among winter sports enthusiasts as from December to almost April the mountain range Sierra Nevada provides a great opportunity for fun in the snow.