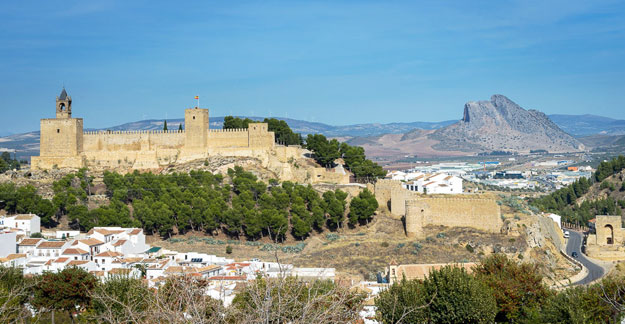 About 50 km north of Malaga is located Antequera which due to its geographical position is also known as the heart of Andalusia, where converge the main roads that connect the 4 large Andalusian cities Cordoba, Granada, Seville and Malaga.

Given that Antequera is a relatively small city of about 41,000 inhabitants is surprising its huge architectural heritage including both civil and religious buildings, the Moorish Alcazaba and even 6,000 years old Dolmens that have recently been incorporated into the list of World Heritage.

In fact, along with Ubeda and Baeza, it is one of the Andalusian cities with the highest and best historical and artistic heritage. Thus Antequera invites to walk in the streets and squares and discover more than fifty religious and civil buildings. 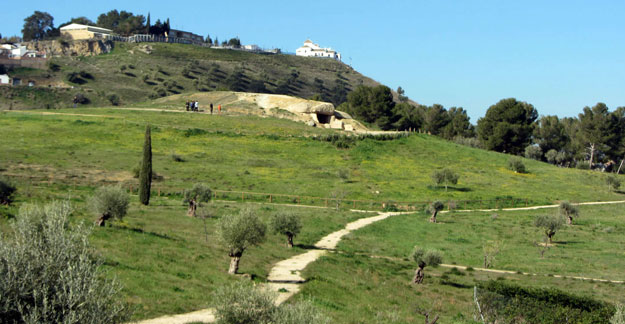 Among the religious architecture highlights the Collegiate Church of Santa Maria la Mayor from the first half of the sixteenth century, declared a national monument. Located in the upper part of the old town, currently it is not used as a church but as an exhibition and concerts hall. Throughout the whole city there are a total of 11 monasteries, 6 churches and three chapels and shrines.

Among the civil architecture is literally outstanding the ancient Moorish fortress from the eleventh century, the Alcazaba of Antequera. Also is outstanding for its beauty the arch Arco de los Gigantes, a remodelling of the XVI century of a far older Muslim arc, Puerta de Málaga of Narazí origin and the arches Estepa and Granada, both from mid-seventeenth century.

Undoubtedly, the oldest and no less amazing constructions are the Dolmens of Menga, Viera and El Romeral, some constructions made with huge rocks of over a hundred tons built about 6,500 years ago, being one of the most important megalithic constructions of Europe. The Dolmens, declared a World Heritage Site in 2016, are located at the entrance of the city, just 1.5 km from the centre. 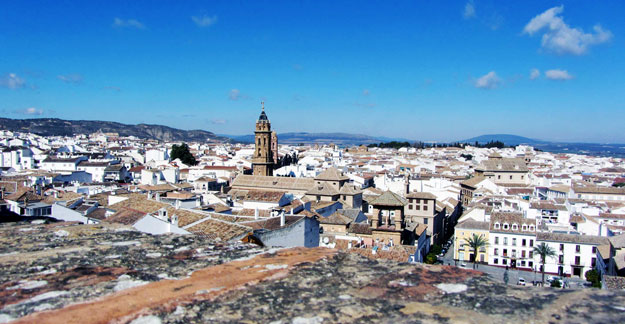 Since especially the old town is located in the higher part of the city, you can visit several viewpoints located there from where you can enjoy magnificent views over the city and the surroundings. 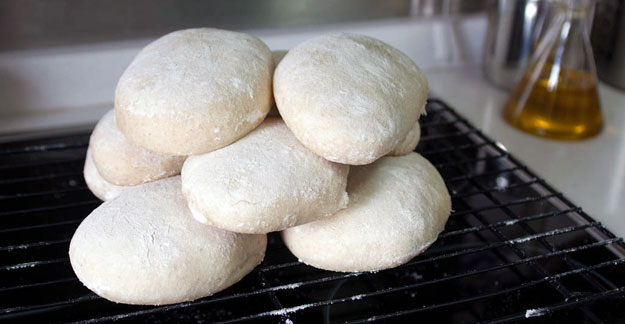 After this long walk through the old town, its monuments and slopes you will probably have appetite to try the extensive and varied gastronomy of Antequera, of which are especially known beyond its borders Mollete de Antequera (for breakfast), Porra antequerana (for hot summer days), Mantecados handmade in convents (for Christmas) or the famous dessert Bienmesabe. 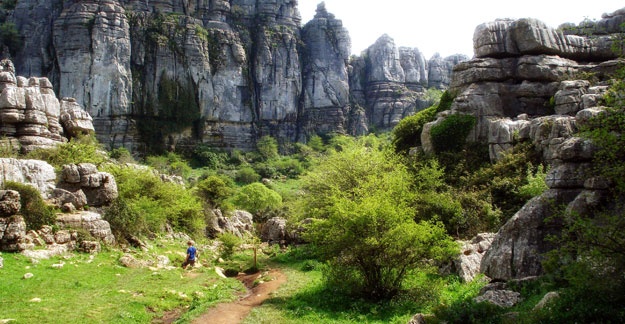 About 30 km north-east is located a large lagoon with the name of Fuente de Piedra which each year is the nesting place for a large number of flamingos.

South of Antequera lies one of the most impressive karst landscapes in Europe, El Torcal, where at almost a thousand meters high can be seen curious formations which the climate over the millennia left carved into the soft rock.

Another natural monument is the Peña de los Enamorados (The Lover´s Rock), a mountain with a very characteristic morphology resembling a head of a lying Indian. Its name comes from an ancient legend about two lovers, persecuted for their forbidden love for being of different religions (Muslim and Christian). When cornered they leaped together into the depths.

For wildlife lovers and for the whole family there is also the Lobo Park, a huge compound about 7 km south of Antequera where you can observe wolves in semi-liberty in their natural habitat.

Remember that we provide transfers from Malaga airport to Antequera, so you can get there without hassle.