Although Malaga is perhaps the most popular province in Andalusia for holidays, Seville is close behind and offers visitors a number of monumental experiences. Whether you are a regular visitor to Malaga or a first time visitor, you may want to take a trip to Seville to immerse yourself in the culture.

Seville is large and you won’t be able to see much of it in just one day; you can however get an idea and perhaps plan your next visit or spend a few days more. We are going to recommend you some of the monuments, parks and places to visit. If you want, we can take you from Malaga airport to Seville; or from wherever you are, if you are already spending your holidays in our province.

Make no mistake, the fact that Seville does not have a beach is not an impediment to enjoying this province of Andalusia. Seville is one of the highest cultural exponents of our community; if you like Andalusia, you will want to visit Seville.

Seville is the city with the largest population in Andalusia and the fourth largest in Spain. Possibly of Phoenician origin, the Guadalquivir River has provided an ideal environment for the establishment of different civilisations throughout history, making up what is now Seville.

The best way to get to know Seville is by visiting its monuments and places of interest. It is a monumental city, so there is a lot to see, so much so that we cannot make a complete list. The old town of Seville is one of the largest in Europe; we definitely recommend you to take note of the following list: 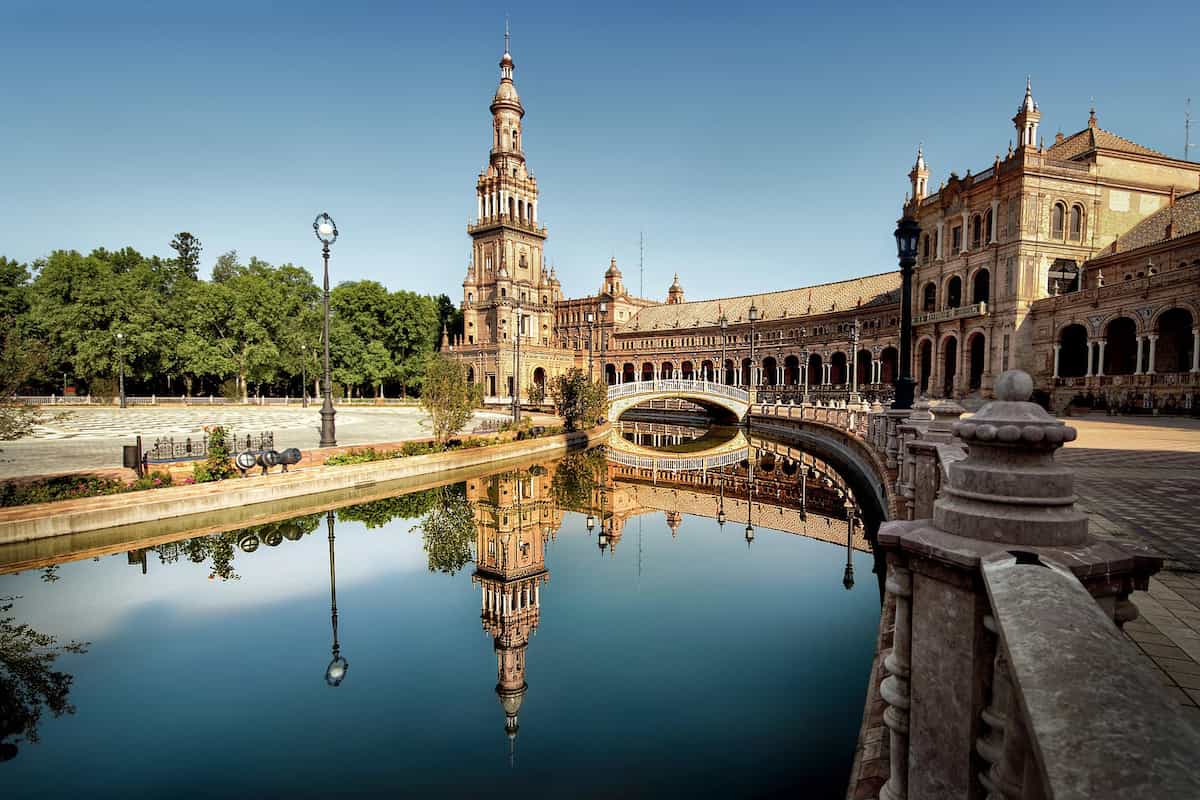 The Plaza de España and the María Luisa Park are two places you should not miss the opportunity to visit. Built at the beginning of the 20th century during the Ibero-American exhibition, today it is the headquarters of the Spanish government sub-delegation. 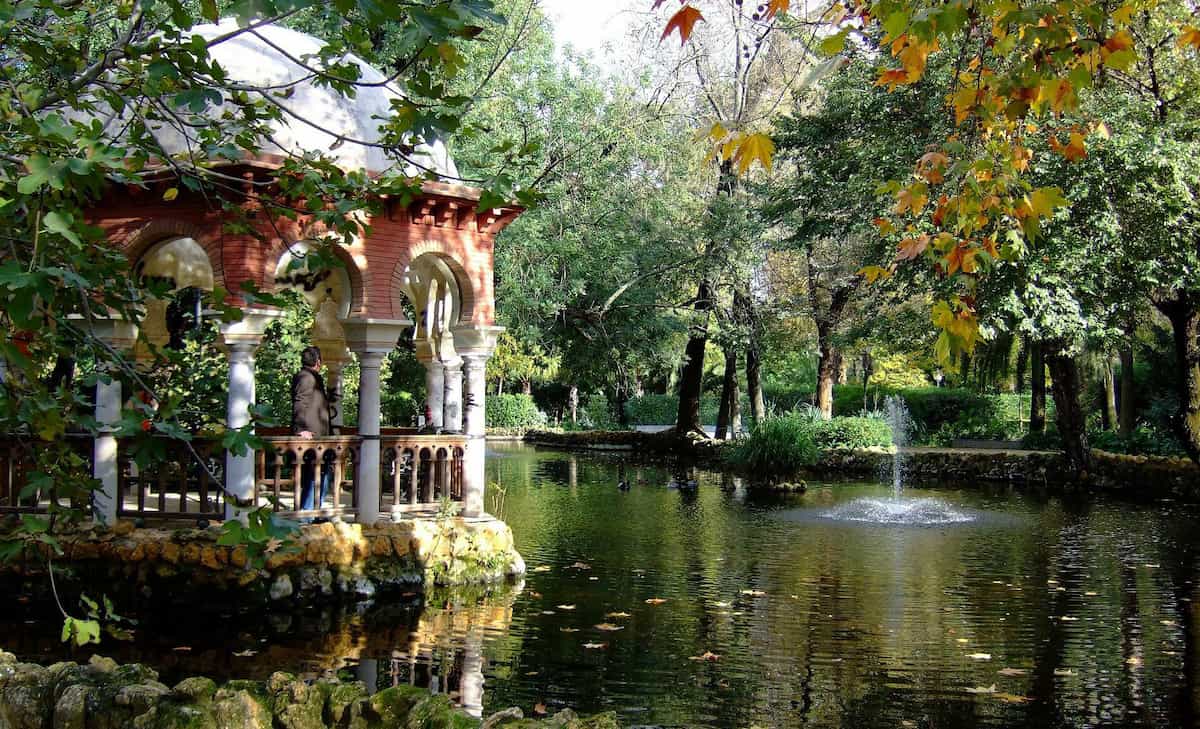 In this well-known park in Seville you will not only find the Plaza de España, but also several of the city’s museums. We recommend you visit the Archaeological Museum and the Museum of Customs and Popular Arts.

Take a stroll through this wonderful old Seville park full of squares, monuments, playgrounds and places to rest in the shade. 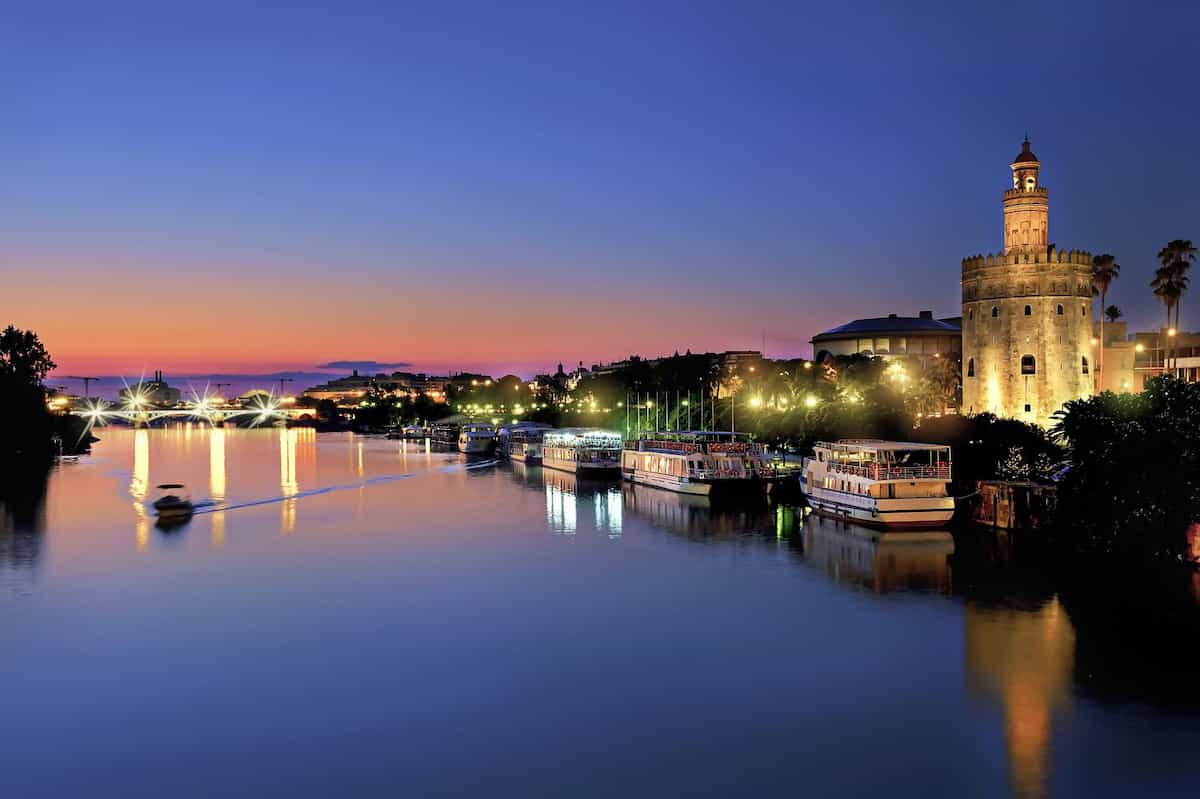 Fantastic views from the top of one of Seville’s most emblematic monuments. Built between 1220 and 1221 by the Muslim empire to protect the port of Seville and was linked to the Torre de la Plata by a great wall.

The Giralda the Cathedral 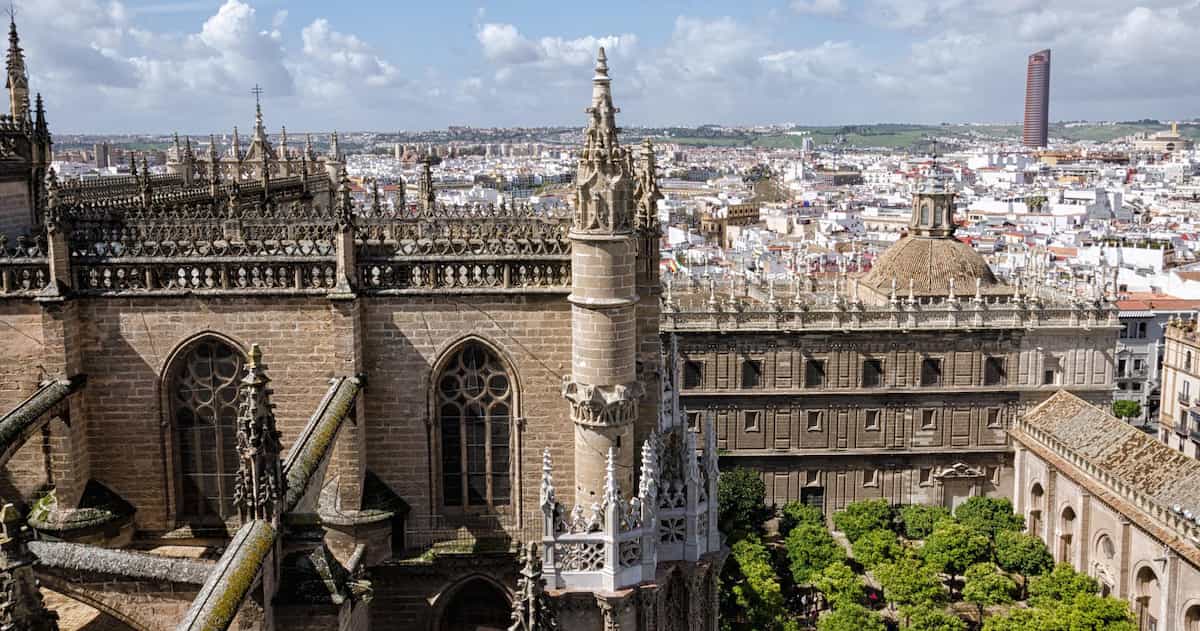 Both the Giralda and the cathedral of Seville are two of the monuments that you should not miss when you come.  The lower part of this tower comes from the old mosque that was located in the city during the period of Muslim domination.

The Gothic cathedral is one of the largest in the world. Inside you will find many treasures, as well as the tomb of Christopher Columbus. 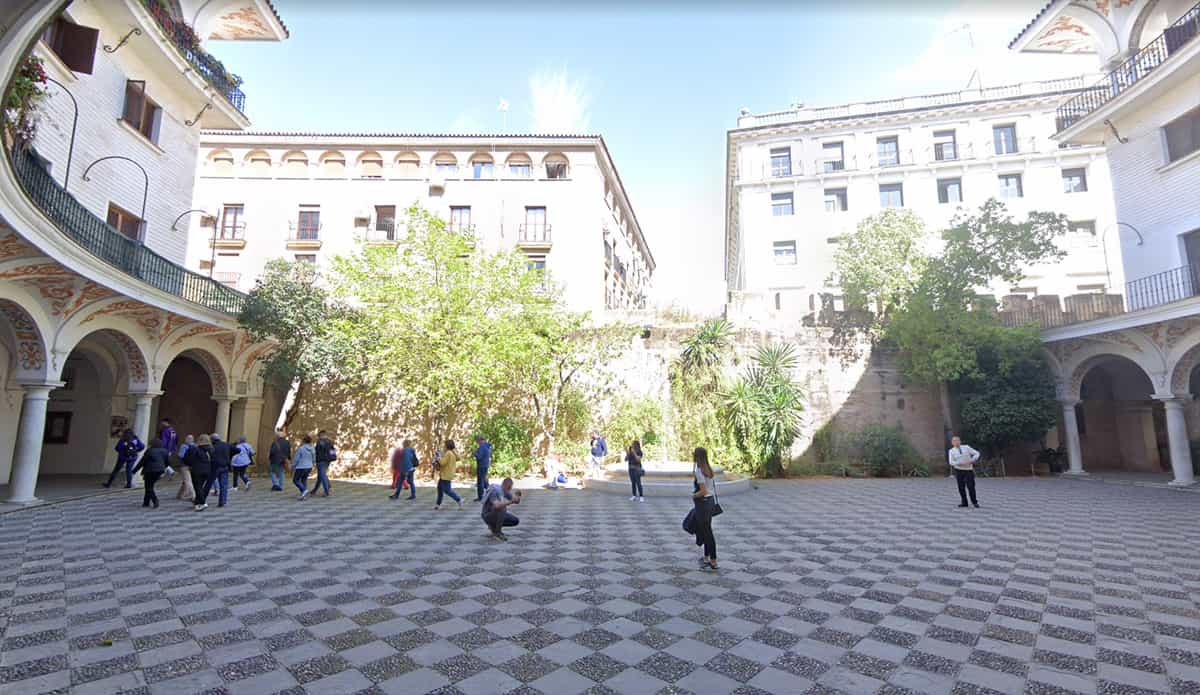 This picturesque square stands on the ruins of an old school that was demolished in the mid-20th century. It is one of the popular stopping places where tourists choose to take some photos.

Considered one of the most important art galleries in Spain, this museum is housed in a former 17th-century convent and is a must-see for anyone interested in Sevillian Baroque painting. You will find Andalusian painters as outstanding and representative of the 19th century as Murillo and Zurbarán. 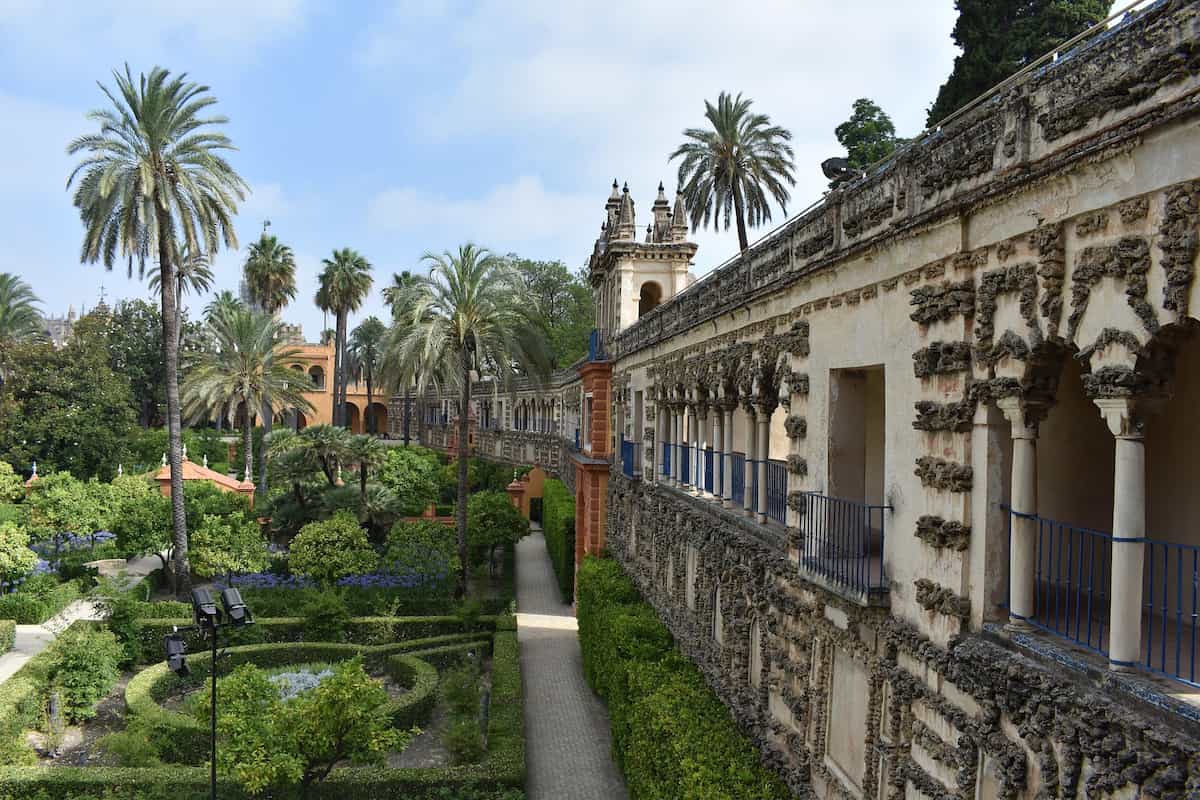 Another of the many must-see sights to be found in the Jardines de Murillo, very close to the Parque de María Luisa and the Plaza de España. The Alcazar of Seville stands out for its splendid state of preservation, as it is the current residence of the kings when they visit Seville; this makes it the oldest palace in Europe that is still in use.

The Alcazar of Seville has been declared a World Heritage Site and is one of the most visited monuments in our country.

Remember that if you want to visit it in its entirety, including the royal rooms, you need to buy tickets in advance from the official website.

Fairs and festivals in Seville

You can visit at any time of the year, but some of the events on the calendar are particularly recommended, so you may want to plan a visit during one of them. 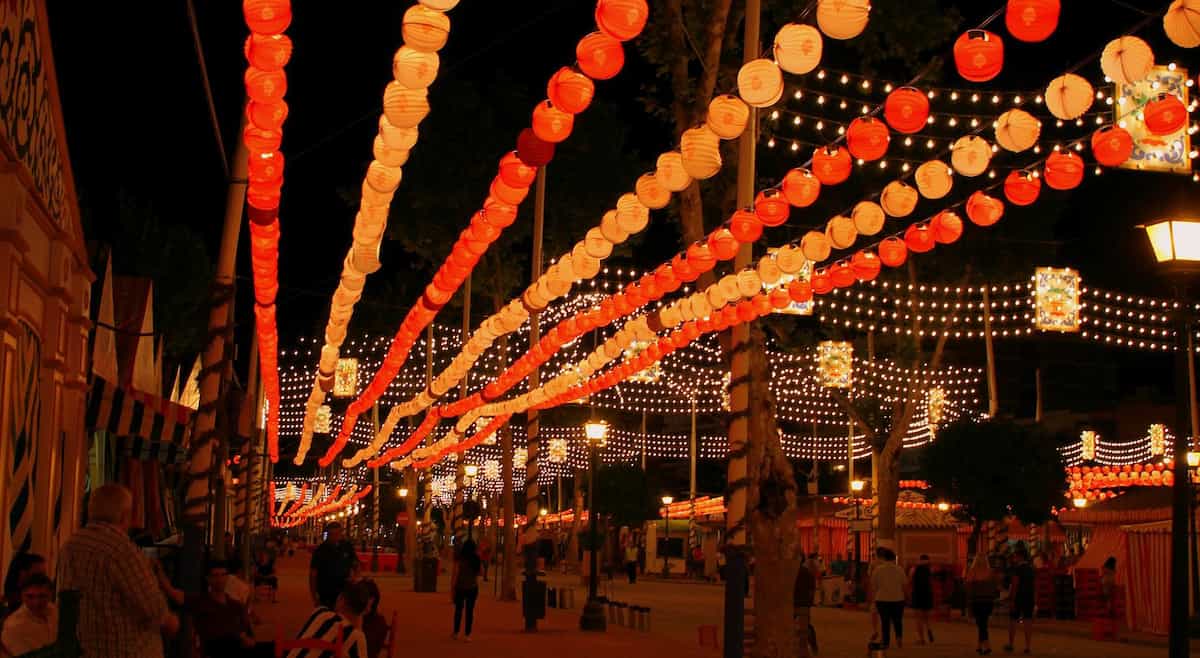 The April Fair in Seville has been declared a festival of International Tourist Interest and is a unique opportunity to discover the culture and gastronomy of Seville.

Come and see the night lighting for the Feria, the traditional flamenco dresses or the typical “rebujito” that is so abundant during these days. The cover of the Feria every year pays tribute to the city and its history.

The hallmarks of the Seville Fair are the fireworks, the sevillanas, the flamenco and short dresses and the drink called rebujito. All this comes together in the fairgrounds, presided over by the spectacular façade which each year pays homage to some aspect of the city or its history.

Activities in the April Fair

The Feria de Abril is characterised by the good atmosphere; it is also when bullfighting shows take place in the Real Maestranza of Seville.

There are more than 1,000 fair booths on the site where people dance, eat and drink; they are meeting places where people come and go non-stop and where there is no shortage of music, especially Sevillanas. One of the most popular areas during the night is known as “Calle Infierno” (Hell Street), where the mechanical attractions are located and it takes us into the sensations of an amusement park; more than 500 activities for the whole family.

Getting to the April Fair is no easy task and even less so in your own vehicle. We offer you an efficient means of transport to take you to and from the April Fair in the most comfortable way possible. Do you want to get to know the famous Feria de Abril? 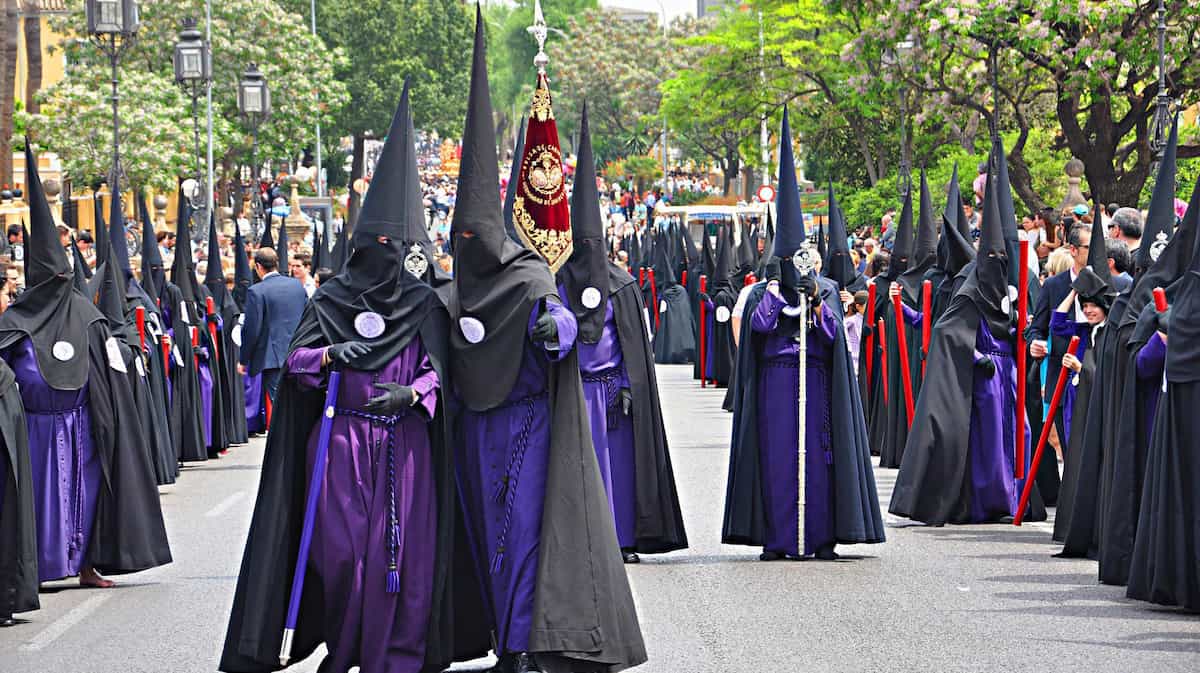 Another of the big events in the city is Easter Week. It is an event in which people from all over Spain participate and in which the processions take centre stage in the streets.

Palm Sunday begins with processions that reach the Cathedral of Seville; crowds of people gather in the streets to see the different floats.

From Malaga to Seville

If you want a taxi from Malaga airport to Seville or from any other place in our province, we put at your disposal our fleet of vehicles. Choose the model you need or the one you like the most and book your transfer with us.

Our drivers speak English; they will help you with your luggage in any of the journeys you need. We invite you to try our transfer to Seville and let us know your experience, we are sure you will love it.